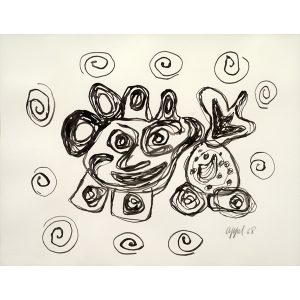 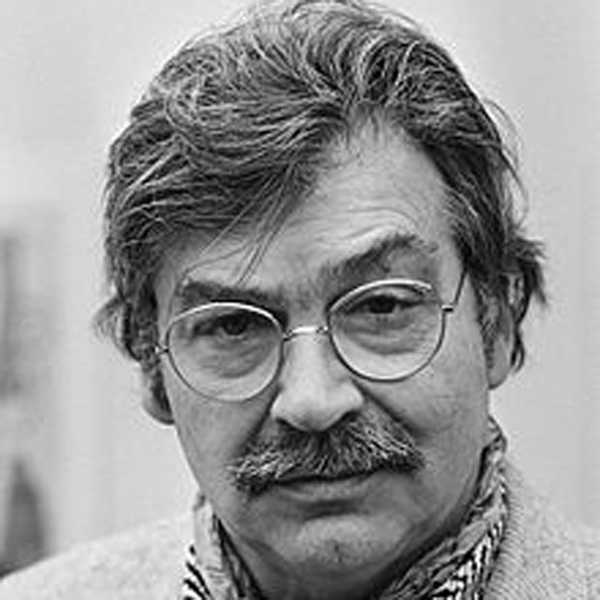 Karel Appel was born in 1921, in Amsterdam. Since the beginning, the refusal to usual convention and rejection of materialist society motivated him. He studied at the Fine Arts Academy of Amsterdam during World War II. Picasso, Dubuffet and Matisse works had a great influence on him. With Corneill, and Constant, they started to think against the geometric abstraction that was very important in Netherland. On year later, they founded CoBrA with other artists like Dotremont, Alechinsky, Jorn and Bury. The name comes from the cities the artists were from: Copenhague, Brussels and Amsterdam.

Close to communist thoughts, the movement relate to Nordic folk art. It also refers to primitive arts, child drawings and the surrealist automatic automatism. It will be the start of anthropomorphic assembly era and the beginning of his three-dimensional painting series. After the protests caused by the reactions to the Mural he made for the City Hall of Amsterdam, that led to covering it after all for 10 years, Karel decided to travel.

In Paris, he developed a form of urging painting close to what is well known as the American action painting. His art expresses violent emotions that the world inspires him. The use of wasted objects in order to integrate them to his creation is a way to engage a symbolic action, like the Arte Povera. Moreover, Karel  worked together with people from the slums of Lima to paint murals. The artist died in 2006 in Zurich.