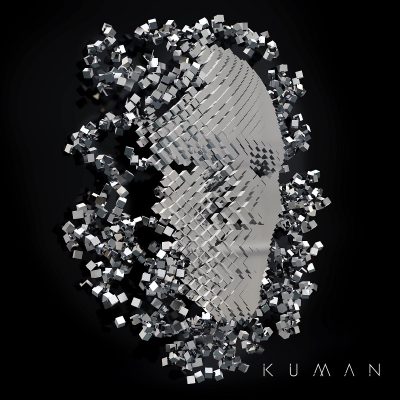 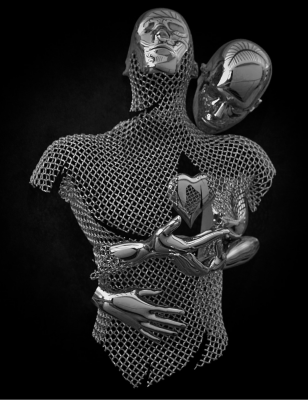 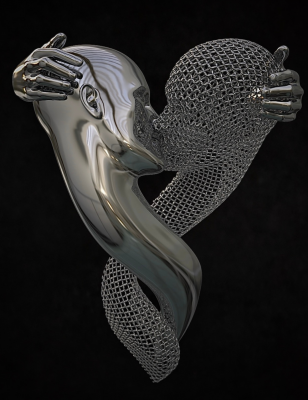 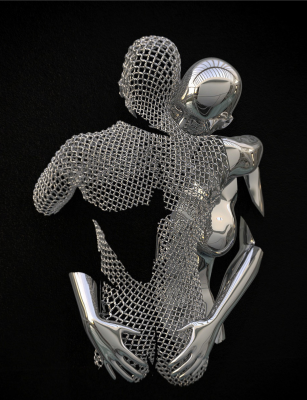 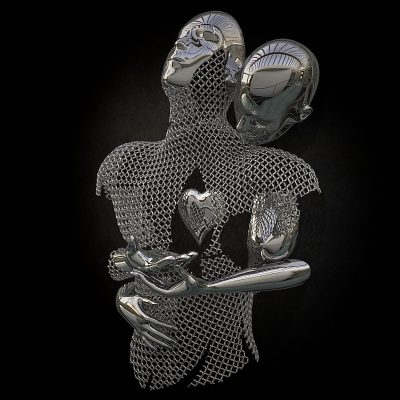 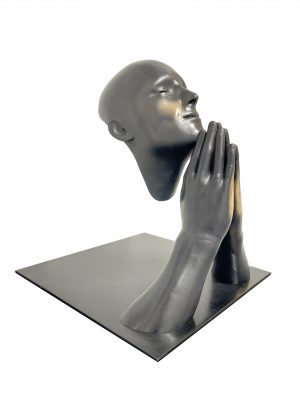 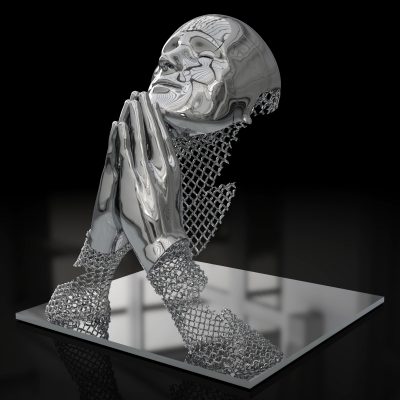 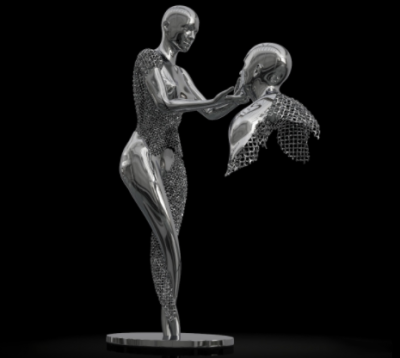 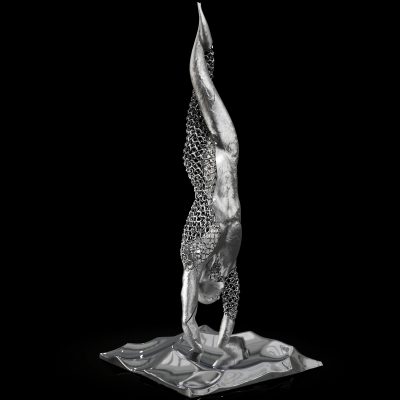 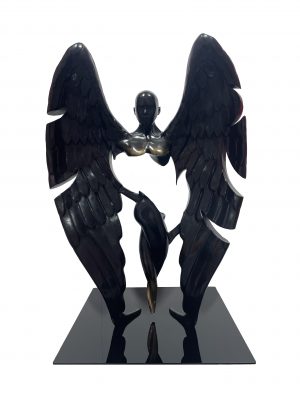 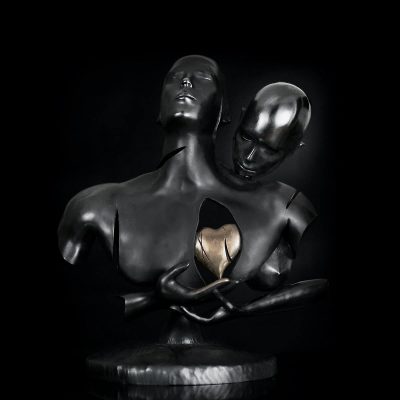 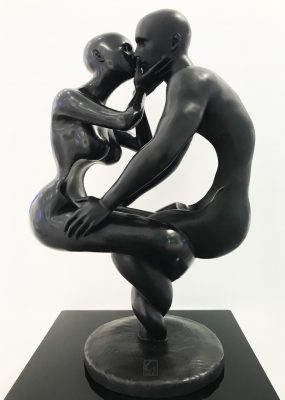 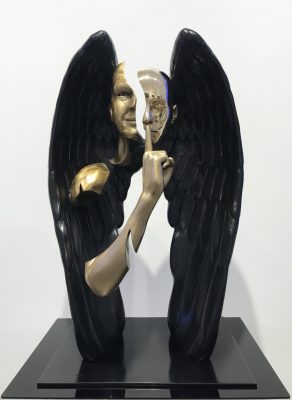 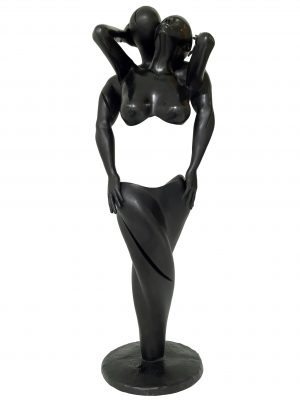 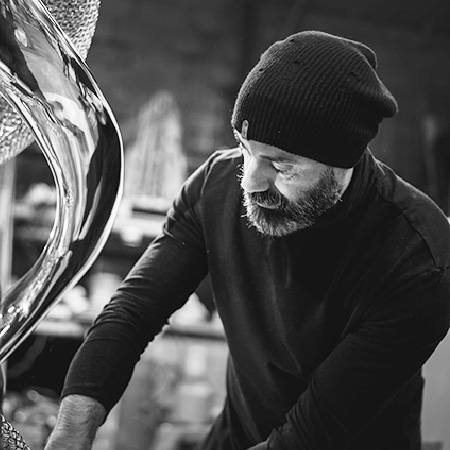 Franck Kuman is a French artist who initiated himself as an autodidact in Design as well as in sculpture. An inspiration without borders, driven by a passion for immaculate lines, has been at the service of his creations for nearly 26 years. Kuman’s achievements are further characterized by the sensual and modern use of mirror polished or hammered stainless steel, iron mesh and bronze. Although made of heavy materials, the characters represented by the artist stand out for their lightness. Aerial, they seem to float. These androgynous figures play with the spatiality they invest. Sometimes linked, often fragmented, these delicate characters are presented to us by the languor of their gestures. Witnesses to a real sensitivity, Kuman’s sculptures also represent a much more personal story … His art is revealed through the painful trials of his life. He expresses all his contained suffering, his hopes, his strength, and his determination. Catharsis of modern times, he thus draws a world where art is the captain of its destiny and in which his soul is master.

Kuman’s anthropomorphic production is characterized by the abstract universe in which powerful and sensitive characters flourish. Finesse and robustness thus manage to coexist with a balance that is as confusing as it is striking. The straight and futuristic forms’s aesthetic used by Kuman is a reminiscent of those used within the post-humanist movement. The body is stripped of the characteristics that singles out and individualizes a targeted entity. The characters are analogous and androgynous, they embody the Human in its essence and its universality. The atmosphere seems fictional. In a chimerical way, the body is disembodied. The hollows and the effects of transparency reveal the depth and intimacy of the characters. These effects are embodied in a mischievous game of veils and revelations. Through this universe, the artist allows his characters to adopt superhuman postures and physical abilities.

Although humans are incapable of going beyond the constraints of the flesh, the protagonists of Kuman adopt extraordinary positions and aptitudes. Intertwined limbs, bending beyond the possible, emerging from surfaces that at first glance impassable, or even perfected by growths allowing them, among other things, to fly away. Kuman magnifies hybrid human bodies with protean aesthetics. Transcendent and omniscient, they are embodied and illustrated by their spirituality.

Find his incredible achievements in the galleries 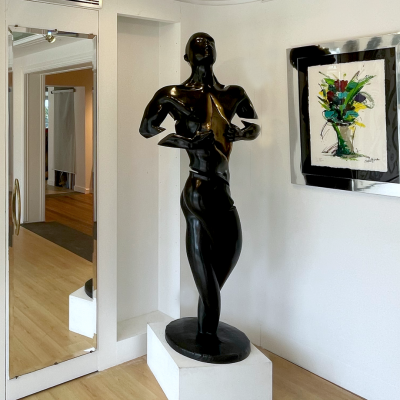 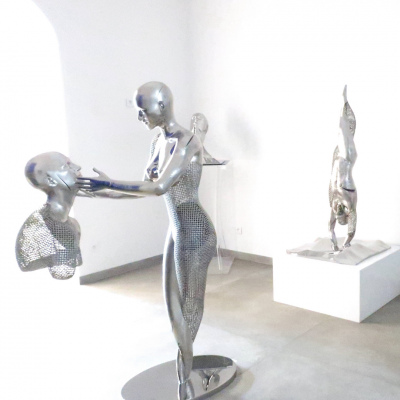 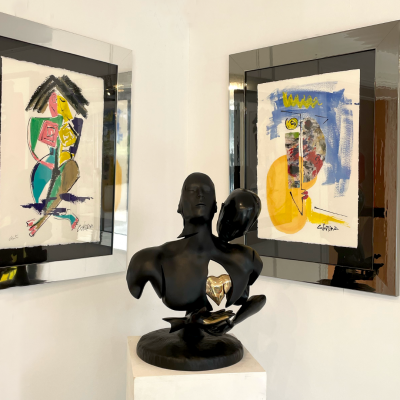